Text and image from trail sign
17 High Street was a two unit cottage built in the late 16C. Significant additions were made in mid 17C.  The main body of the roof remains thatched. Charles Dyer was a saddler & harness maker and lived at 17 Butleigh  from c1841 until his death in 1894. The family rented the property - £5.5s in 1863 - from Squire Neville Grenville. In 1883 a single story extension provided a separate entrance for postal business. By 1947 the rent was £16.4s The Dyers bought the property and three fields when the Estate was sold in 1947. Another son named Charles was born in 1888 and continued the family business, as did his son Wilfred in due course. Wilfred & Charles took part in the Butleigh Revel in 1906. All their Children attended the Infants School.
Ann and David Heeley purchased the property in 1969. The key frontal alteration (1995) has been the creation of a central window in lieu of the shop door entrance. Several internal historical features exist including a recruitment sign for the Royal Marines. 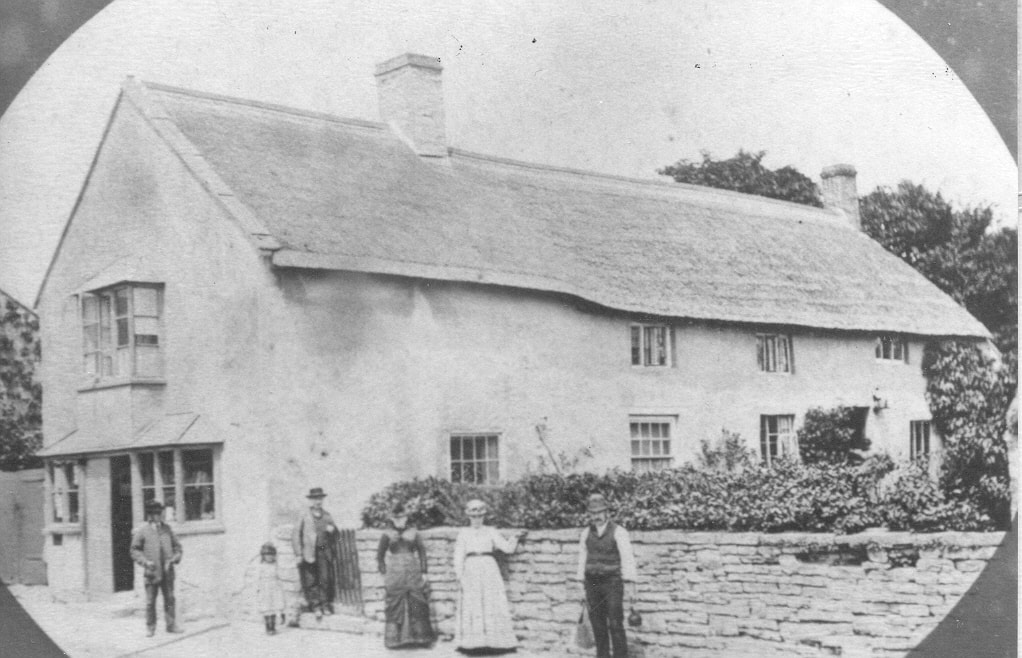